Upon his arrival at the Assembly building, he was greeted by the President of the French National Assembly Yael Brune Bevy and several representatives. France has been the first destination for his high-profile foreign trips since he took office as president, building on the special ties between the two allies.

Sheikh Mohammed bin Zayed Al Nahyan and the President of the Assembly exchanged cordial conversations, which revealed the depth of ties that unite the two friendly countries in various aspects, especially in parliamentary countries.

His Highness emphasized the interest of both countries to promote co-existence and cultural and knowledge exchange between peoples and nations.

He said that since the establishment of the UAE, it has been keen to build bridges of communication and cooperation with the countries of the world, aiming to establish peace, stability and coexistence in different parts of the world, emphasizing its importance. It is the role of parliaments to represent the voice of the people in promoting these values, which contribute to building a solid foundation for growth, peace and stability.

He thanked and appreciated the warm welcome given to the President of the Association and the accompanying delegation.

His Highness wrote a speech in the visitors’ register expressing his pleasure at visiting the headquarters of the French National Assembly.

He said, “I am happy to visit the National Assembly of France. We realize that parliamentary relations are an important part of our close relations and one of the main tributaries to enrich the common interests between our two friendly countries and peoples, so we are eager to use them to serve our people. to create.” 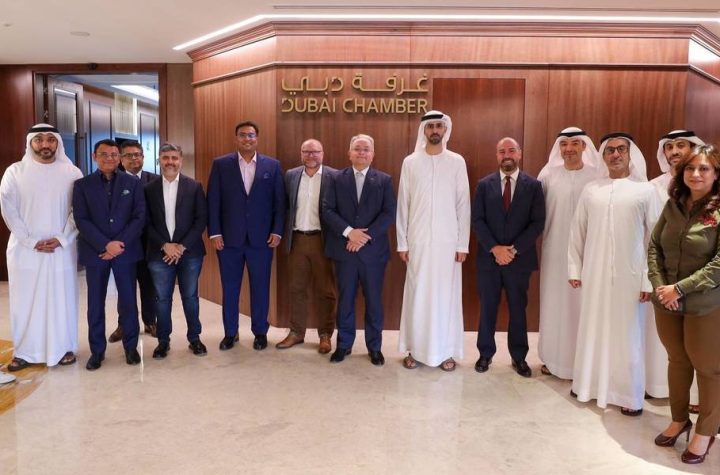