Motorola General Manager Shen Jin shared a picture on Weibo today that gave the first shots of the design of the Motorola Race 3.

Motorola is preparing to launch a new version of the Razr series of phones with a foldable clamshell design, and the Razr 3 will be seen in the first photos released by the “Shen Jin” Motorola General Manager. New Qualcomm processor.

On the other hand, leaks indicate that the Motorola Razr 3 phone may come at the same level of premium price as the previous version, which came at a price of $ 1,400. 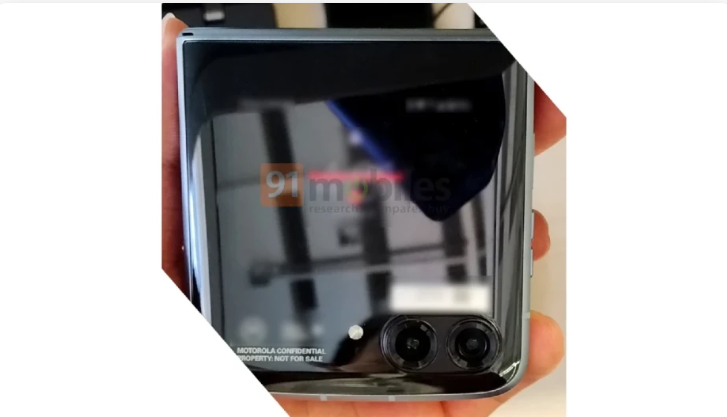 Previous leaks suggest that the Razr 3 clamshell foldable phone comes with a design that mimics the Galaxy Z Flip 3, and as expected the internal screen comes in at 6.7 inches, which is larger than the current version’s unique size. 6.2 inches.