Adventure Belgian captain, pilot Zara Rutherford, landed at King Khalid International Airport in Riyadh today with her light (shark) aircraft, the smallest “female” pilot to fly over 52 countries and fly alone around the world. Belgian Rutherford’s participation in this voyage, including the Kingdom, is to encourage women and girls to study science, technology, engineering and mathematics, as well as to stimulate women’s interest in aviation.

Conducted in collaboration with the Saudi Aviation Club and the Civil Aviation Authority and the Riyadh Airports Company, it aims to highlight the role of women in the aviation sector, especially empowering Saudi women. Kingdom Vision 2030 Air Transport in the Kingdom relies on its pioneering role in improving and strengthening the aviation sector in many areas.

Upon arrival in Riyadh from the United Arab Emirates, he was welcomed by the Ambassador to the Kingdom of Belgium Dominic Minor and a number of officials from the Riyadh Airports Company and the Saudi Aviation Club.

During the reception prepared for the event, Captain Pilot Zara Rutherford expressed his delight at arriving in Riyadh, the flight surpassed all my expectations, gave me unforgettable moments and enormous challenges, and I enjoyed the spectacular view while flying over the Kingdom. And every moment was an exceptional experience for me.

She added that she wants to promote the dreams of women and girls and make her the youngest woman in the world to fly alone around the world and set a Guinness World Record. Continue the science and aviation industry. 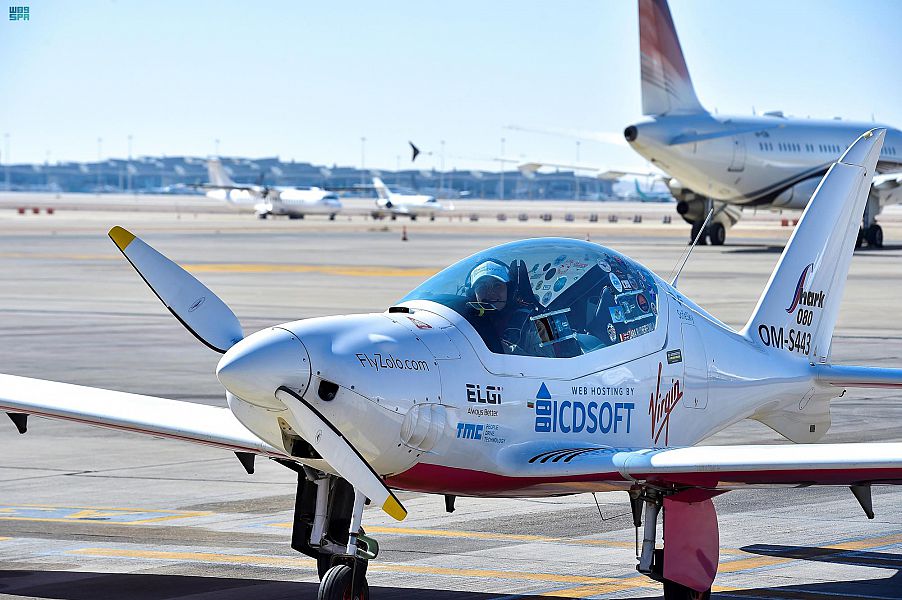 The professional captain took off from Kortrijk-Wevelgem International Airport in western Belgium in August 2021 with the goal of flying 32,000 miles across five continents across 52 countries, including the Kingdom of Saudi Arabia. Arabia

Zara Rutherford, a 19-year-old passenger, obtained a special flight license from the US Federal Aviation Administration and the United Kingdom on August 18, 2021, and began her journey using a small aircraft (sharing) to try to fly around the world alone. If she succeeds in this journey, she will be proud to be the youngest woman in the world.