When you greet #Hello_Ascar you will want to go on a tour with world leaders. https://t.co/OiuAUHATGU

Activists likened the greetings of the leaders and the Saudi Crown Prince to that of a respected guard, quoting several official greetings, chanting “Hello Askar”, saying “Peace be upon you” instead of the “Welcome Ascar” that fits the norms. Leaders.

His Excellency #Crown Prince 🇸🇦 #Prof_Mohammed_Bin_Salman 🇸🇦 # Breaks the Ethics in Turkey 🇹🇷 and greets the Turkish Guard ுடன் with the greetings of Islam: “Peace be upon you”. # Saudi_Vision_2030 🇸🇦❤️🇸🇦 https://t.co/exYqb93fDf

During his first official visit to Turkey, the Saudi prince arrived in Ankara on Wednesday evening, where he was received by Turkish President Recep Tayyip Erdogan at the Presidential Palace.

Crown Prince Mohammed bin Salman, in defiance of protocol, with the greetings of Islam to the Turkish guards “Peace be upon you” ps ps https://t.co/LBP91vF7MW

Erdogan and Prince Mohammed bin Salman walked side by side on the red carpet and stopped to greet the Presidential Guard, who continued to walk until they reached the megaphone (microphone).

#Muhammad_Bel_Salman_King_the_crown_the_crown_crown_the_Crown Prince #Mohammad_Salman broke the norms and greeted the Turkish guards with the words “Welcome Askar” instead of “Peace be upon you” .. https://t.co/6ewhSmmime

It is noteworthy that the Saudi Arabian Crown Prince arrived in Turkey on Wednesday as part of a tour that includes countries including Egypt and Jordan. 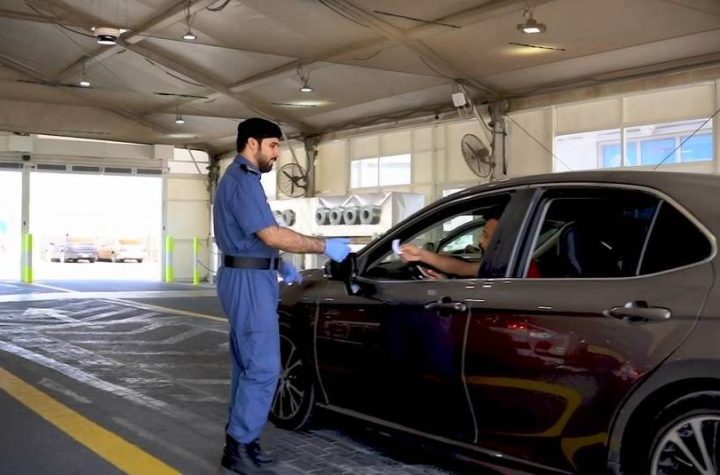