Former Egypt international referee Jihad Grisha issued a warning to Al-Ahly and Zamalek players ahead of the Egypt Cup final after Poland’s Simon Marciniak was appointed to officiate the match.

The Egyptian Football Association has entrusted Polish referee Simon Marciniak with the task of officiating Al-Ahly and Zamalek in the Egypt Cup final.

Al-Ahly and Zamalek will play in the Egypt Cup final of the 2020/2021 season next Thursday evening at the Cairo Stadium.

Jihad Grisha said in TV reports on Tuesday evening, “Simon Marciniak is the most trusted referee in European arbitration, he was one of the highest referees in the world in the past and has a very good history in arbitration. He ruled for the first time in Egypt and he is one of the European elite for a long time.

He added, “A very high-level jury, and a successful selection of the jury.”

And he continued, “Simon has an extraordinary physique, I was with him at the 2018 World Cup. You feel that he is a boxer and not a referee, and he is a bit nervous, and even in the gym he trains, unlike the referees’ focus on leg and abdominal muscles.” Worries about his muscles and lifting weights.”

He added, “Poland referee doesn’t think much about warning and sending off, I warn both teams against him, this referee has no account, he doesn’t joke on the field. And a refereeing staff in Qatar World Cup 2022 expects a lot from him.

And he concluded, “Simon doesn’t bother, he doesn’t allow nervousness and (distortion) and deviating from the text or talking to him inappropriately. He doesn’t want anyone arguing with him on the field, and he wants everyone to be committed to him.”

Who is Polish referee Szymon Marciniak?

Marciniak has been an international referee since 2011 and the 41-year-old Polish referee refereed three matches at the last Arab Cup.

The highlight of the tournament was his captaincy of the Qatar-Algeria match in the semi-finals of the tournament, which created widespread controversy after 9 minutes were counted instead of a loss, and the match lasted 19 minutes at that time. , during which the Desert Warriors scored two goals that sparked the match they eventually won.

But before the Arab Cup, Marciniak previously managed several matches in the Saudi league for Al Hilal, Al-Ittihad, Al-Ahly, Al-Shabaab and Al-Nasr. Al-Tuhayl.

Marciniak managed a few matches in last season’s Champions League, most notably the second leg of the quarter-finals between Real Madrid and Chelsea, which ended with Premantada as Royal won the match two goals to three.

Marciniak oversaw the matches between Liverpool and Inter, Juventus and Villarreal in the Champions League round of 16 last season.

He also managed the semi-final first leg of the same competition between Liverpool and Villarreal, which the Reds won 2–0.

Marciniak previously managed two group stage matches at the 2018 World Cup between Germany and Sweden and Argentina and Iceland.

The Polish referee previously officiated the European Super match between the two poles of the Spanish capital Real and Atletico Madrid in 2018, during which Diego Simeone’s battalion won four goals to two.

In total, Marchignac managed 531 matches, during which he was shown a yellow card 2,119 times, and he was charged with 140 dismissals. 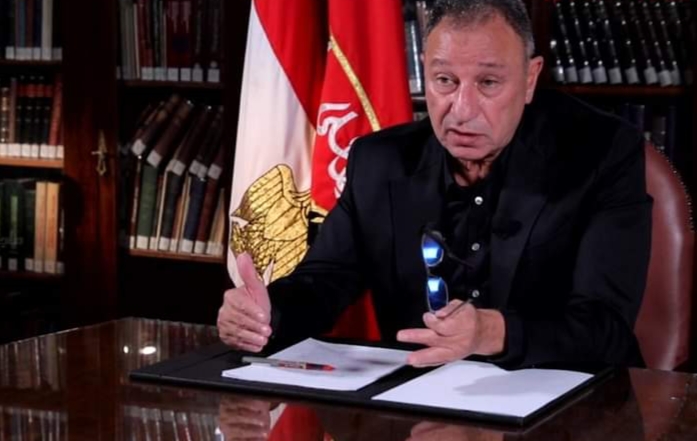