The El-Jizr series starring Egyptian actors Amr Chad and Nellie Karim is one of the most eagerly awaited plays by the audience.

Just a few days ago, director Peter Mimi completed the editing and mixing of the last episodes of the Al-Jisr series.

Date of presentation of Al-Jisr series

The first episodes of the Al-Jisr series, produced by Productions, will air on Tuesday, January 18 on the MBC Group’s “Shahid” site.

The story of the bridge series

The Bridge series consists of six episodes that revolve around the structure of mystery, suspense and fantasy.

The series takes place after years of wars that destroyed most aspects of life, forcing them to live in small crowds ruled by ruthless people who impose harsh and bizarre laws.

All this prompts Noah to take his son Nazi on a dangerous journey, to the only place he believes is safe for the boy and his future, even though he has never seen him: the bridge.

Who are the heroes of the Bridge series? 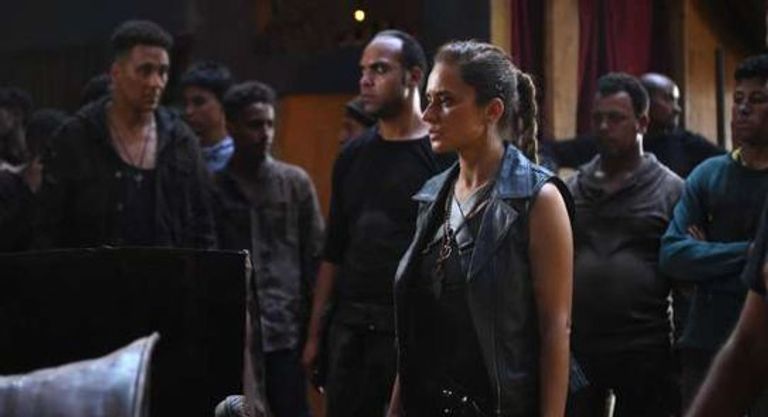 Also Nelly Kareem had said in press reports that after the destruction of the world, the series mixes movement and suspense as groups of people live in the “Delilah Colony”.

Nelly Kareem pointed out that she is the leader of this colony and she makes daily decisions based on the principles established by her father.

He explained that this leader was a dictatorial personality who always saw himself as right and that his most important goal was to protect the people of the colony.

He described the character of “Talila” as an unusual character, in an unusual time, in a different experience from any other work.

He said that 70 years after the end of the world, the events of the series revolve around an unknown journey that begins when those on earth try to reach the only place of light remaining in it.