Hayley Baldwin, wife of international singer Justin Bieber, was photographed by paparazzi photographers walking alone through the streets of New York City for the first time after her husband announced that she had a temporary facial paralysis due to Ramsay Hunt Syndrome. , Forced to cancel his next tour.

He is a famous Canadian singer Justin Bieber His fans have been praying for him since he was diagnosed with “Ramsay Hunt Syndrome” after suffering from a virus that damages his ear nerve, causing paralysis in the right half of his face..

And Bieber said through the Story feature on his Instagram account: “Eating has gradually become harder, it’s so frustrating. Everyone pray for me.”

Bieber also mentioned in a short video clip on his Instagram account that he had “Ramsay Hunt Syndrome” and that he could not move his face halfway to the stage. It struck his ear nerve and facial nerves, paralyzing his right face in half. 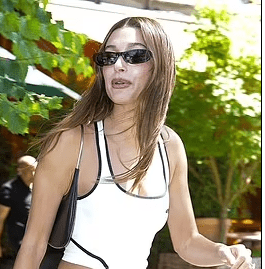 And Canadian singer Justin Bieber had previously announced on his Instagram account that he was unwell: “I can not believe I’m saying this. I did everything I could to heal, but my patients are getting worse. It breaks my heart to postpone upcoming shows due to the order.” Doctors, I love you so much for all the fans, I will rest and heal.“.