The final round of the House of Representatives and the State Joint Committee concluded on Monday in the Egyptian capital. CairoAs announced by the Special Adviser to the Secretary-General of the United Nations for Libyan Affairs Stephanie WilliamsIn one statement, several articles reached a consensus, but “there were differences regarding the measures to regulate the interim phase leading to the election.”

Williams, who chaired both councils at a meeting within ten days, agreed to “cross the high points” at one point, saying “the Libyan people deserve their leadership and must restore stability to the country through a comprehensive and transparent nation. Elections as soon as possible will meet the aspirations of about three million Libyans.” Have registered to vote in the election in order to do so.

He has also previously invited the Speaker of the House of Representatives Akila Sale, And Chairman of the State Council Khalid al-Mashri Mohammed al-Manfi, the parliamentary speaker and chairman of the Libyan Presidential Council, responded by visiting Cairo to attend meetings of the Constitution and to avoid controversial points. On the constitutional path, when al-Mashri refused to attend, the state council issued a statement in which he spoke of “blocking the political and constitutional path”.

House of Representatives spokesman Abdullah Bilihok confirmed in an interview with Sky News Arabia that during the last round of talks, the article on the country’s presidential candidacy was the main point of contention. The technical committees and the drafting committee confirmed that Williams’ report did not infringe on this file, in order to avoid controversial points.

See also  Egypt: A lawyer has filed a complaint with the CC and the Attorney General against the head of the Al-Fadi channel for committing atrocities.

In an interview with Sky News Arabia, Libyan political analyst Mohammed Kashoud described the Cairo talks as stalled and stumbled. BrotherhoodBecause the organization does not want the military to run for president, those who adhere to the “exemption criteria” for electing a head of state are seeking to “remove the compulsory subject to obtain a university degree”. As a candidate. “

Qashut warned that the failure to hunt down the fate of any such dialogue was due to the fact that the “Brotherhood” organization did not believe in consensus solutions and was pushing for exceptional conditions that would dominate the country and monopolize its institutions and destiny.

Qashut added: “Al-Mashri seeks to continue the situation in its past chaotic form in the past. Skirth contractLater understandings in Geneva, he wanted to waste time in the Constituent Assembly.

For his part, Libyan political analyst Mifta al-Fandi said, “Al-Mashri and his party are concerned about staying in power and they do not care.” Democracy And peaceful transfer of power.

“If the UN mission in this file is not decisive, the election will not take place, so the country will return to war or secession,” al-Fandi stressed. “The international community has not taken decisive action. It had earlier imposed sanctions on al-Mashri and barred him from holding elections on December 24.

Six people have been killed in protests in Sudan 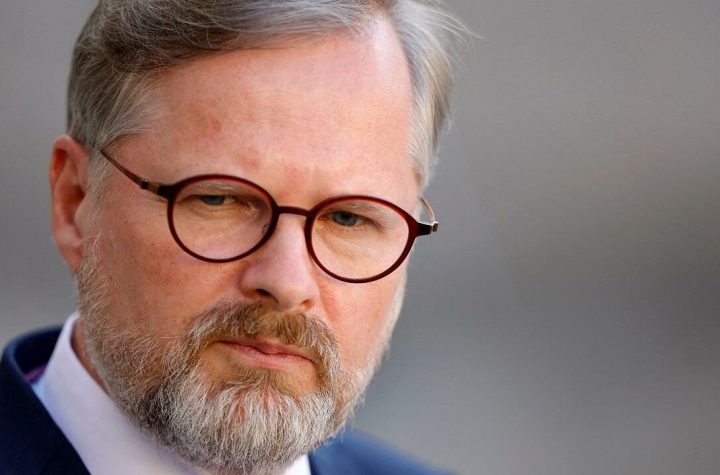 Ukraine, the refugee crisis and energy are at the center of the rotating president of the European Union’s Czech Republic.