Actress Rania Youssef reveals the development of Tita’s character in the fifth episode of the “Miss Farah” series.

In statements for the mbc trending project Rania Youssef said: “Tida is making progress and is in serious health showing the conditions of Captain Majeed, his daughter and those around him like his mother.”

We recommend: He sang “I’m Not Weak” and “Bad Painting” for the first time on stage … Clips of a concert in Kuwait (video)

Rania Youssef added: “This series (Miss Farah) has an audience, they have joined it, and it has become a family series that children and adults watch, and it creates a happy atmosphere. We are cartoon characters inside the work.”

And he continued, “I’m glad Miss Farah’s experience because she’s had such a great success.” Rania Yusuf expressed a surprise, and there will be a sixth episode of the series.

The series “Miss Farah” is the Arabic version of the popular American comedy series Jane the Virgin, and S Productions has just finished filming 5 seasons of the series, with a total of 110 episodes taken in 3 years, just like the original version. 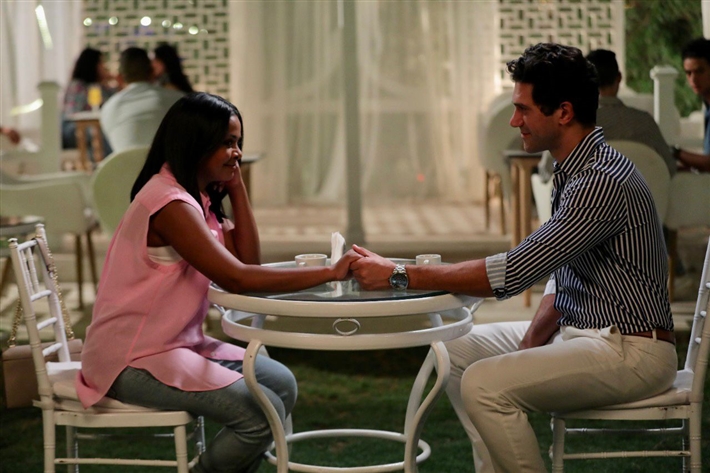 Mohamed Hennedy mocks his childhood photos: Cheeks not ignored by my worst enemies

Did he give up his hair? Muhammad Salam, bald, behind the scenes of the movie “Their Uncle”