The family of Emirati girl “Hind” has lost hope of correcting the severe curvature and curvature of her spine.

The sentiment crept into the family after a medical trip to Germany nearly seven years ago, when doctors told her she had two options if she underwent surgery, either she would survive the operation or she would be paralyzed.

Over the past seven years, the now 18-year-old girl’s development has been increasing, adding difficulty to a situation that was difficult at first, but a ray of hope appeared in the family a few months ago. Read “Hind” on a social networking site about an Egyptian surgeon’s skill in this type of critical surgical intervention.

The Emirati family, worried about their daughter, wasted no time in traveling to the Egyptian capital, Cairo, to present the girl’s case to a surgeon specializing in scoliosis, Al-Azhar Faculty of Medicine Assistant Professor Hani Abdel Gawad. University.

After the necessary examinations and study of the case, Abdul-Gawad’s decision was to engage in this operation, which was rejected by his colleagues in Germany, and success was his partner.

Abdel-Gawad announced the success of the operation on his Facebook page, the first operation, due to the meeting of complications of a group in that case, the girl’s small weight (37 kilograms), which means that she has a low blood volume, and this operation, by its very nature, requires more In addition to quantitative blood loss, compression with casting has an effect on respiratory function.

Abdel-Qawad told al-Ain al-Akbariya: “For the second time in my life, there are moments when I feel that I made the wrong decision to operate. For a moment, I close the wound again, and I apologize. To the (Hind) family for not completing the operation, because it was German. As the doctors said, the choice could be paralysis or death. 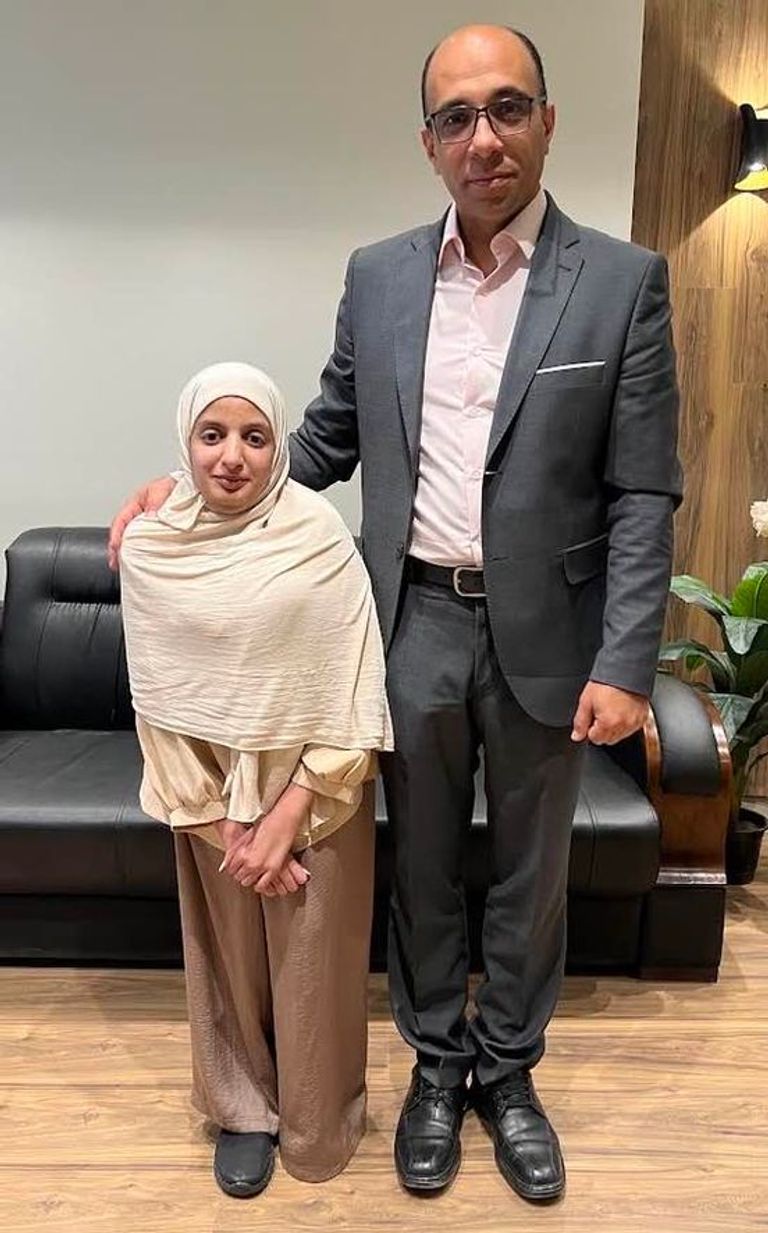 Abdel-Gawad made his decision quickly after the girl’s family was in Cairo, recalling the human scenes before the surgery, and her mother telling him, “Hind has been dreaming about you ever since I read about your accomplishments like this. Surgery, I know is not the solution, but I bring it to you. “That way she can hear these words.” Then he realized that in reality the surgery was almost impossible and after finding out decided to take an adventure. Believing that God would write healing in her hands, the woman was reduced to tears the day before the operation, fearing the consequences. Get out of it while she’s on her feet.

Abdel-Gawad channeled his energy through these scenes and resumed his work, spending six hours of hard work on this operation (from nine in the evening to three in the morning) and recalling all the experiences he had gone through to successfully complete it. , and as usual posted on his Facebook page at ten in the morning. , portrait of a woman, walking on her feet. 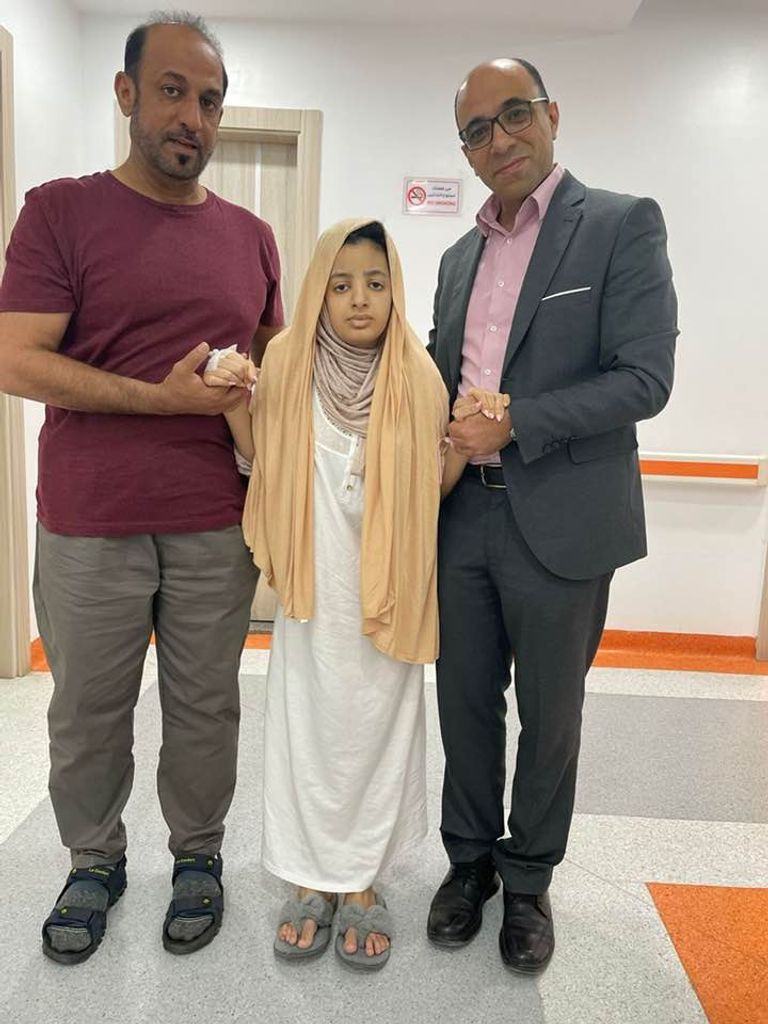 Abdul-Kawad says: “Today is the most difficult day of my life, thank God, it went well, the happiness of the Hind family through the success of the operation, gave me a positive energy that I have not felt in my whole life. She is crying hysterically with joy, she has lived to the age of 18, She never imagined that moment would come.”