The artist, Sarah Abdel Rahman, presented a comedy set concert at Room Art Space in New Cairo to support women in the arts and to shed light on women’s comedy.

During the presentation of the ceremony, Sarah told many of her life details, such as romantic relationships, the man’s view of women in society and others. 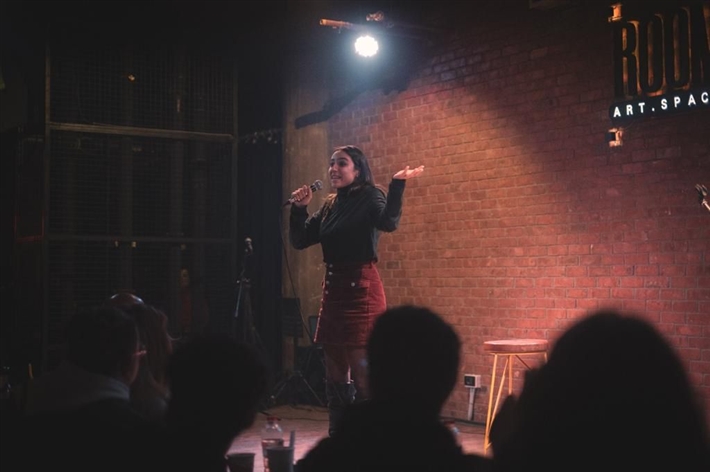 Sarah was one of the founders of the comedy set, with stand-up comedy stars Bernadette, Reem Nabil and Neha Kato attending the concert, along with Kada Salah, Rahma Jain and Salma Al-Najjar Republic. 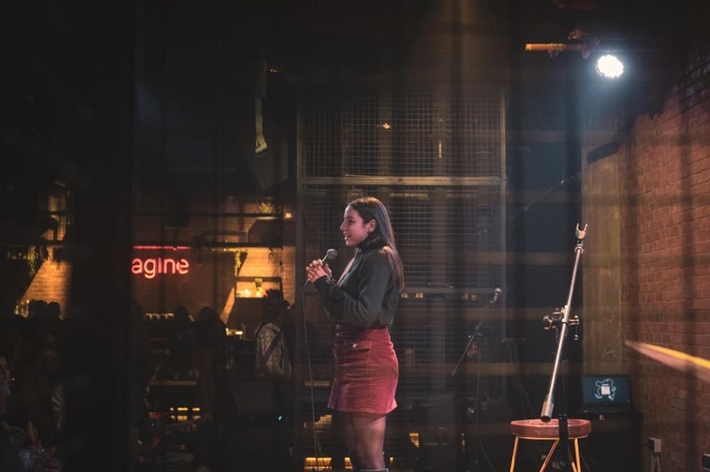 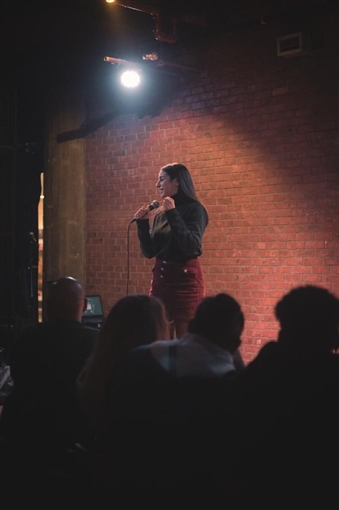 Dramatically, Sarah Abdel-Rahman will take part in the Ramadan 2022 season in the “Al-Mashwar” series directed by Mohammad Yassin. She competed in the documentary Deliverance: A Women’s Revolt and the short film 1 + 1. As part of the activities of the sixth edition of the Aswan Women’s Film Festival.

The “Al Mishwar” series is scheduled to air exclusively on the DMC network, and episodes of the series will be re-enacted on DMC Drama two hours after the episode ends, and will also be shown on the Watch It platform.

The “Al-Mashwar” series takes us on a journey with “Maher” and “Ward” escaping police chase, so let’s look at different shooting locations, which was made clear by the ad. The shooting took place. The cities of Cairo, Alexandria and Giza, in different places, were previously described by artist Mohammed Ramadan.By the videos he posted on his Instagram account behind the scenes of the shoot.
Her documentary, Deliverance: A Women’s Revolt, won the award for Best Short Documentary at its competition at the Tokyo International Short Film Festival.

See also  Sami Magawri: Young People Use Me to Communicate With Time, And I'm Not An Extension Of Hassan Hosni | Video

The story of “Delka Tahab” was recently shown to Sarah Abdel-Rahman in the “Ela Anna” series, which includes the story of Hedia Malak, a Taekwondo athlete who won bronze at the 2016 Rio de Janeiro and Tokyo 2020 Olympics. .