Abu al-Arusa, Part Three, Episode 44, sees the exciting progress after the heated confrontation between Tariq and Gina, which ended in divorce in the previous chapter.

The last episode saw a confrontation between Akram and Tariq, after a long love story followed by the audience about Gina’s betrayal over listening to her brother and husband’s conversation, the situation ended in Tariq and Gina’s divorce. Details from the beginning of the chapters of the first part of the series.

In the episode, Akram confronts his sister’s husband, Tariq, after learning that he had betrayed her along with his business partner. Tariq denies all the allegations, but Gina accidentally overhears the conversation and learns of the betrayal he did to her, and a verbal altercation ensues. Between them, the divorce ends.

Gina’s family tries to calm her down after she returns home, and her father, Abdel Hameed, fears for her stability and asks her to think differently about the matter.

On the other hand, Mina’s fianc’s family learned the truth about her previous work and slavery, which led to their separation. Sherry also learned of the betrayal of her husband Sheriff.

The relationship between Hajar and Yahya is growing, causing many to doubt their relationship, but he denies this because he is divorced, which annoys his mother.

For his part, artist Mahmoud Hekasi sent a message to viewers of the series “Abu al-Arusa 3” after the divorce of Tariq and Gina in the 43rd episode of the series.

Mahmoud Hekasi, through his account on the “Instagram” website, posted a photo gallery of Tariq and Gina’s clips during the series’s events, commenting: “If you love each other seriously, do not lose hope because love is above. Something is needed.”

Date of the last chapter of the Abu al-Arusa series

Meanwhile, producer Ibrahim Hammooda has announced that the shooting of the third part of the “Abu Al-Arusa” series is over, explaining that the last episode of the series will air next Wednesday.

Hamouda wrote on his Facebook page: “I finished the story, shooting and montage of Abu al-Arusa Farkash, waiting for the last episode next Wednesday, my favorite project from a dream to my heart. As I was walking I had a dream one day, I started writing with creator, friend and brother Al-Jada, Honey Kamal, Nahd, convinced me to go back and build, and today we have reached 165 chapters in 3 parts.

He added: “Today, we invite Abu al-Aruzah with his fondest memories, family and happy scenes. Music will be a milestone. “ 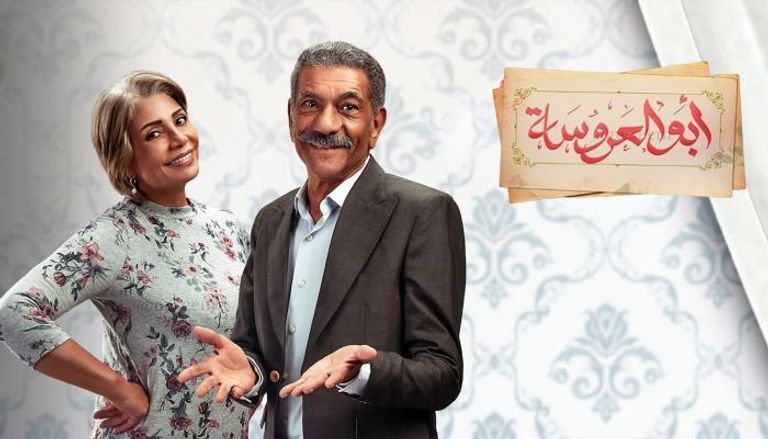