The University of Ajman Board of Trustees, in the presence of His Highness Sheikh Ammar bin Humaid Al Nuaimi, Crown Prince of Ajman and Chairman of the Board, and Vice Chairman of the Board of Trustees Sheikh Rashid bin Humaid Al Nuaimi approved the University’s Estimated Budget for the 2021/2022 academic year.
The Council approved the lists of graduates for the 2019/2020 academic year, 1,326 graduates, the 2020/2021 academic year, 1,376 graduates, the university’s modified institutional system, revised policies and procedures manual and many more universities. Regulations.
At the opening of the meeting held at the Ruler’s Court, High Sheikh Ammar bin Humaid Al Nuaimi welcomed the new council members and wished the graduate generation and leaders success in the university’s lofty mission. Education is aimed at building the nation and participating in the progress and prosperity of the education process, in addition to future educational achievements, especially in the field of education and achieving what we want.
His Highness said: “The great achievements of this University call upon this Council to do so effectively with your support and constructive contribution, and to enter into a new era of building its working methods to enhance its effectiveness and achieve the desired goals.” Emirati Man Encourage and motivate young people and girls to innovate and work by providing them with scientific expertise to reach the highest levels in various sciences and knowledge, which is the best way to build a rational leadership strategy for sustainable development and a contemporary and harmonious society in all aspects. . His Excellency Human Development is one of the main concerns of His Highness Sheikh Khalifa bin Saeed Al Nahyan, Head of State “May God protect him”, His Highness Sheikh Mohammed bin Rashid Al Maktoum, Vice President and Prime Minister of the United Arab Emirates. And the Ruler of Dubai, and his Highness Sheikh Mohammed bin Saeed Al Nahyan, Crown Prince of Abu Dhabi, Deputy Commander-in-Chief of the Armed Forces and their brothers, high officials, members of the Supreme Council and Emirates Rulers who ensure that the education and investments of the nation and its successors are at the center of a sustainable development strategy , Emphasizes his interest in ensuring that this university meets those goals and ambitions.

Dedication
Sheikh Rashid bin Humaid Al Nuaimi gave a presentation on what was achieved between the last meeting of the Council and the current meeting, during which he aims to fully adopt the annual budget for the 2021-2022 academic year. Compliance with local and international accreditation standards and improving the university’s academic classification.
The meeting was attended by members of the new Board of Trustees. Saeed Saeed Al Madrushi, General Secretary of the Executive Council in Ajman, Assistant Secretary of the Department of Maintenance and Operations of the Ministry of Education Dr. Amna Al Tahak Al Shamsi and CEO of the Isa Sale Al Kurk Group Dr. Raja Isa Al Gurq, Dr. Amina Abdul Waheed Al Rostamani, Abdul Waheed Director and Director of the Al Rostamani Family Company, Dr. Talia Al Mutanna, President and CEO of General Electric in the Gulf region. 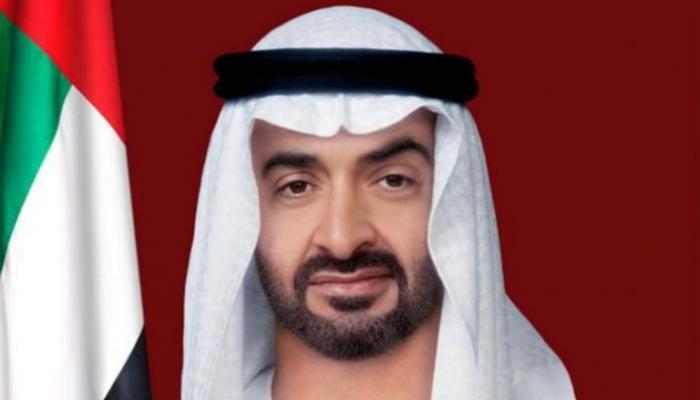 The first cabinet reshuffle under Mohammed bin Saeed to improve education .. Outlines outlining the future of the United Arab Emirates