The BİM market releases a report on new prices

Following the fall in the exchange rate of the dollar against the Turkish lira, the BİM market released a significant report on the reduction in food prices in all branches of the market.

And as translated by the “Turkey Emergency Website”, in recent times, food prices have risen due to the high exchange rate, and the purchasing power of citizens has decreased.

However, with the announcement of President Erdogan’s “Foreign Currency Securities Deposit”, the dollar fell from 18 lira to 11 lira.

Caliph Aykash, president of the Association of Food Retailers (GPD) and a member of the board of directors of BİM, released a report on the fall in foreign exchange rates and food label prices.

In his statement on the reduction in food prices in the PIM market, he said, “The price that determines the price of our wardrobe is the purchase price.” If purchase prices fall, we also update wardrobe prices. It seems that it will take time to change the direction of prices.

He added, “In addition to the problem of paper, plastic, glass and metal packaging, there are fewer concessions from the manufacturing industry. Over the past few weeks, consumer demand growth has also disrupted the behavioral supply chain. Production is very valuable these days.

Today, Saturday, the Şok Market in Turkey issued a statement announcing a reduction in the prices of basic food items at its branches.

As translated by “Turkey’s emergency website”, Şok announced the prices of some food items, stressing that this was due to the rise of the Turkish lira against the dollar and other currencies.

“In addition to the ongoing price reduction campaigns, there have been reductions in the prices of basic consumer goods due to the depreciation of the exchange rate,” the statement said. In addition, we continue to offer our customers discounted campaigns on used prices and at lower prices each day.

Reuters: Turkish banks are launching a new program to support the Turkish lira

Banking and institutional sources told Reuters that Turkish banks may be surprised at lenders expecting cheaper loans by raising lending rates in a bid to attract lira deposits in response to the government’s new plan.

Deposit rates rose more than 20% last week from 17% to 18%, while higher financial spending pushed SME lending rates above 30%. Bankers who spoke on condition of anonymity said rates had been rising in recent weeks, but had accelerated this week.

On Monday, President Recep Tayyip Erdogan announced that the government would protect domestic depositors from any losses due to the devaluation of foreign currencies, raising the lira sharply from a record low.

“No one wants to lose lira deposits,” a bank source said. “We are approaching the end of the year and the balances should be good.

Average bank lending rates for corporate loans in the lira rose to 20.91% on December 17 from 19.63% in the previous week, according to central bank data.

Selcuk Sedir, chairman of the board of directors of the textile company Sederlar Alliance, said he was looking forward to a planned investment of மில்லியன் 30 million in the textile sector.

Prices are in the wrong direction

The lira fell to an all-time low of 18.4 against the dollar on Monday after several months of declines due to Erdogan’s unusual interest rate cuts and inflation fears.

Under Erdogan’s pressure, the central bank has cut interest rates by 500 basis points to 14% since September, despite rising inflation above 21%. In response, bond yields and corporate debt ratios soared as traders anticipated a change in policy.

Under the scheme, the treasury and the central bank would compensate the Turks for the loss of deposits converted from lira or hard currency to new instruments.

See also  The profits of "Al Alamiah Holding" doubled 4 times to 4.36 billion dirhams in the first half

Erdogan aimed to make debt cheaper as part of his “new economic plan” while at the same time boosting exports. 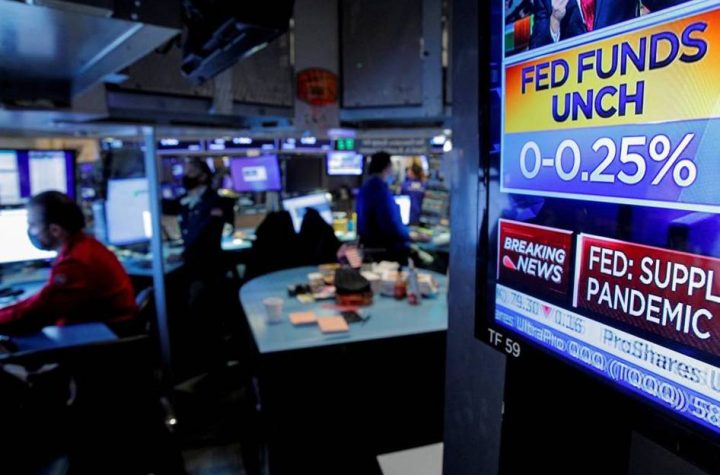