The artist, Engi Al-Mogadam, expressed his delight by participating in the series “State House of Upstairs”, all of which were shown on the Shahid VIP stage.

Engy Al-Mokadam, through his Instagram account, posted a long message in which he talked about the series and the colleagues who shared work with him.

Engi wrote about the “State House of Upstairs” series: “Yesterday, the last episode of the series, the House of Stairs (Shahid) was shown on stage. The real thing is, I enjoyed every detail of it and learned and benefited in so many ways.

NG Al-Mogadm added: “I enjoy working with a team of professionals on the series, production, camera, costumes and make-up. Of course, the director of the mission, Professor Mohamed Salama, enjoyed working with him.”

He continued: “I am glad I chose a character that is new to me and completely alienated from me (Sherihan) and I hope I have to do it. My work with all my colleagues is happy. ) Brought this series together in one scene for the first time. Congratulations on your success, dear, and I hope you will always be successful and bright. “

Engi al-Mogadm concluded his talk on the series “State House of Upstairs”: “It was very interesting for the relative with all its details and I hope we all enjoyed working on this series. “. 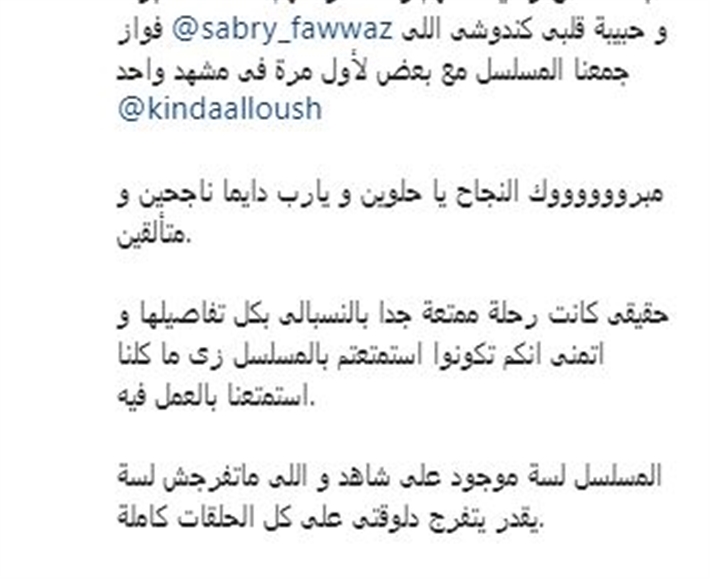 Do not miss: Amir al-Masri for Art: Mahmoud Hamida is an encyclopedia and I take my work seriously.

Baby for “Zico”: I got a role in 200 contestants, Menna Shalapi called me a genius

Fraser Saeed announced that he had recovered from the corona virus