Amman – AFP: Hana Sadiq’s designs are dominated by Arabic handwriting, embroidered with verses of love poems or colorful characters scattered in bright colors, adding a modern oriental touch that highlights the charm of Arab women.
The Iraqi-born fashion designer, who has presented her fashion shows in about 37 countries, sits in her studio inside her home in downtown Amman amidst numerous traditional Arab costumes and antique silver jewelry. And the traditions of his homeland.
The Arabic handwriting stands out in its design from the letters “Kufik” or “Diwani” or “Raqqa” or “Duluth”.
He adorned his clothes with verses from the love poems of the most famous Arab poets Kensar Kappani, Mahmoud Darwish, Badr Shaker al-Sayyib, Muzaffar al-Nawab and Fatwa Dukhan.
Hannah, 72, holds a degree in French literature from the University of Baghdad, where she has worked in plastics, textile design and painting in silk and pottery in Paris, and Arabic writing has been used in a modern style for 25 years. “The Arabic script is so beautiful,” he says.
The long-haired Septuagint, who wore jewelry around his neck and rings bearing precious stones, explains that he “used it in about thirty ways”. He adds, “Every time, I’m switching from one pattern to another on print, once embroidery, and once beaded writing.”
He says he wants to celebrate the end of the fourth millennium BC in his native Iraq or what was formerly known as Mesopotamia, without which “all these civilizations would not exist”.
During her lifetime, Hannah designed many costumes for celebrities including Queen Rania and Noor and Queen Sophia of Spain, as well as actresses such as Claudia Cardinal, Arab Princesses and Gulf Sheikhs.
During his extensive travels around the Arab world, he has about a ton of antique silver jewelry and about five thousand pieces of clothing, traditional Arab costumes and his kaftans embodying the hidden magic of Arab women. It is a combination of bright and stunning colors.
Hannah, who has loved the art since the age of ten, goes to her grandfather’s place in Baghdad, where a Baghdad textile merchant is talking to merchants in Turkey. , Persian and Indian.
The beauty of her grandmother’s dress, which was as elegant as a peacock’s dressed in Hashimite dress among women, affected her.
Hashemite dress is an Iraqi folk dress made of very thin and sheer fabric with wide sleeves and fringes and a black base adorned with beautiful floral leaves in gold or silver. It was popular with Iraqi women in the late fifties and sixties. Century, especially in central and southern Iraq. Hana, who has lived between Paris and Amman since 1982, added: “I noticed that the Arab man wanted his wife to wear earrings, something on her head, and necklaces, ankles, belts, bracelets and rings. Give her femininity “” It’s true that Arabic fashion hides a woman’s body, but it’s more feminine, “she added. In the title, he talks about the Arab civilization from Yemen to the Maghreb, and “Western clothes do not fit the body. Of an Arab woman.”
“Unfortunately, this is the result of the globalization that has befallen us in the twentieth century, and we are following Western nations in all fields, such as architecture, furniture, clothing and food,” he adds.
“The important thing for me in all my work is that the woman is a woman and the man is attracted to her as a woman, which means she does not pass him by without noticing her and seeing that she is beautiful. ”

See also  My Kasab commented on deleting her photos with her husband, Oka: I saw the whole truth 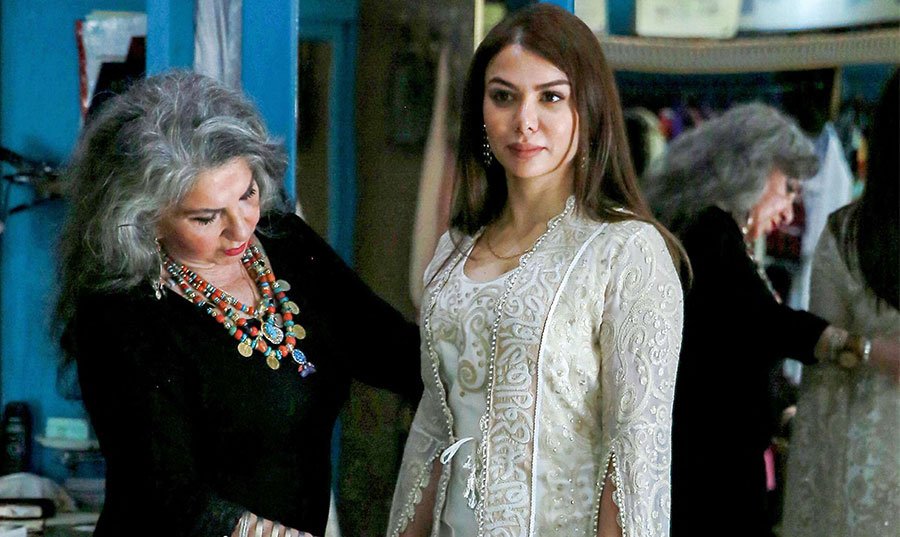