Barcelona ‘s new coach, Xavi Hernandez, has officially accepted his leadership responsibilities and is waiting for the difficult task of changing the course of “Pulugrana”.

The club announced Barcelona (Saturday Dawn) Former legend Xavi Hernandez has officially taken over as coach of the team with a contract that will last until the summer of 2024, after Dutch player Ronald Koeman.

In recent times Barcelona have reached a technical level of latency, resulting in a slip to ninth place in the Spanish league table, as well as threats of exit from the group stage of the Champions League.

Barcelona are suffering from a financial crisis stagnant with accumulated debts, which could affect the team’s contracts, especially after less than two months in the winter transfer period.

With Barcelona’s difficult financial situation, the club cannot afford not to qualify for the Champions League next season.

The club has a debt of 35 1.35 billion ($ 1.57 billion) and any attempt to restructure financially and on the field will depend on their participation in the Champions League next season.

Barcelona are 5 points away from Atletico Madrid, who are fourth in the Spanish league (last places to qualify for the Champions League), and Barca’s match has been postponed, meaning their return to qualifying cards is not far off. But the competition for the title could be tough after Real moved to first place with a 10 point lead over Barcelona.

After two humiliating defeats against Bayern Munich and Benfica, Barcelona regained the chance to qualify for the Champions League final with two consecutive wins against Ukraine’s Dynamo Kiev.

After hosting Benfica on 23 November, there is still work to be done as Barcelona have to go to Munich to face Bayern in the final round.

Getting a second ticket to qualify for the final price of the Fifth Group (Bayern determined to finish first after winning 4 matches so far) will give the new coach an early boost after this poor start under Goman’s leadership. Credibility, meanwhile, will prevent the club from losing 9. 9.6 million if he makes it to the first playoff round.

Koman’s most notable critique centered on his style of play, with many shows lacking creativity or clear project sense.

Barcelona may not have the talents of the days of Javis like Andres Iniesta and Lionel Messi, but there is still room for improvement in current performance.

Combining the club’s ownership tradition with the modern tiki-daka counter-pressing style will bring fans back to the good old days and give players the confidence that the long-term vision is at least in place. 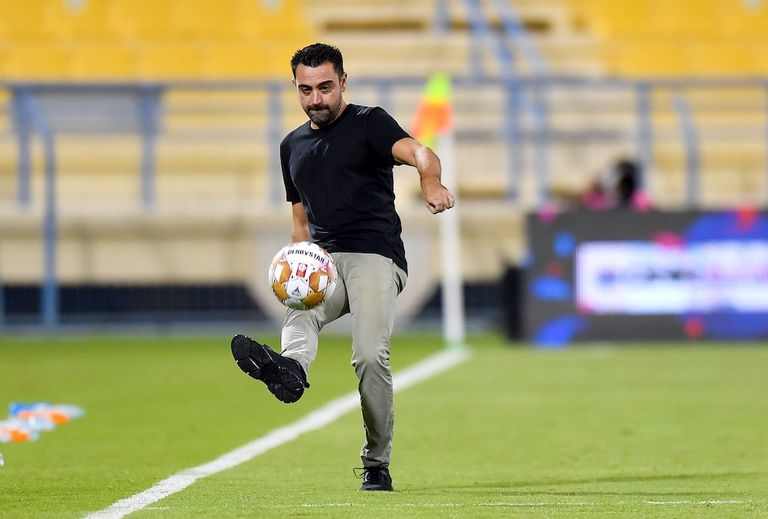 One of Koman’s most notable achievements was that he promoted a talented youth group, and it will now be a challenge for Xavi to use their potential.

Anshu Fotti and Petrie are certainly talents that can be configured for the future, but Uruguay’s Ronald Arrojo, American Sergey Test, Kavi, Nico Gonzalez and Alex Baldi have also shown a lot of talent and need proper care.

If Xavi invests their talents with more experienced players like Gerard Pique, Sergio Busquets and Jordi Alba, Barcelona can live better days in the future.

Messi’s move to Paris Saint-Germain last August caused a huge rift in Barcelona, ​​revealing his absence from the cracks that Argentina had long closed.

In light of the instability in the performance of Dutch player Memphis De Gea and the limited attacking contribution of his teammate Luke de Jong, Barcelona struggled to score this season.

Sergio Aguero’s recent injury, and 3 months away due to a heart problem, added to the challenges in the attacking line – up, especially after Anshu Fotti was injured in the last match against Zelda Vigo in the Spanish league, which ended in a 3-3 draw.

Mbappe fussed with “gray” news for Real Madrid and Paris