Leaks indicate that Microsoft is preparing to launch Windows 11 over the holidays and by the end of this year, while newer devices will launch with Windows 11 in early 2022, and the new update will include several features: 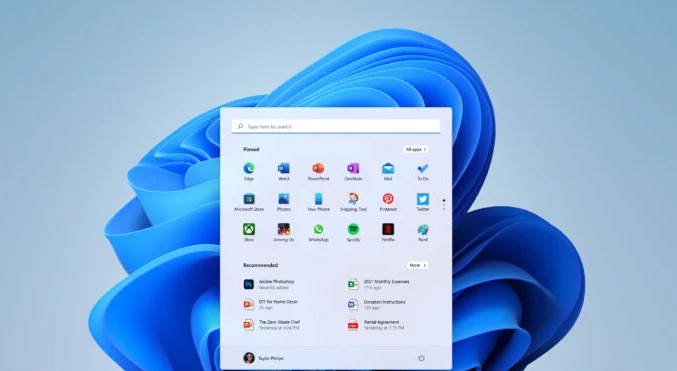 Microsoft provides the Windows 11 update with a clearer design with rounded corners and pale shadows, the taskbar has been relocated, the start menu has been redesigned, and now has a greater number of functions.

Windows 11 supports users to control various media from the computer through the Control Center, where they can control the playback of video content on the YouTube platform or playback songs from Spotify or control the media loaded through the Action Center on devices. 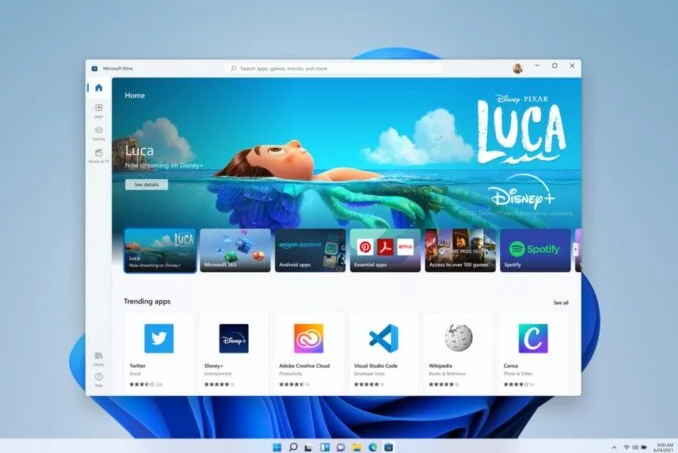 Microsoft introduces a new Windows 11 update to the Microsoft Store that completely redesigns and supports applications developed on other platforms including Win32, NET, UWP, Xamarin, Electron, React Native and Java.

The store now also offers themes and add-ons for Microsoft Edge, and the store also comes with a seamless browsing and search experience. 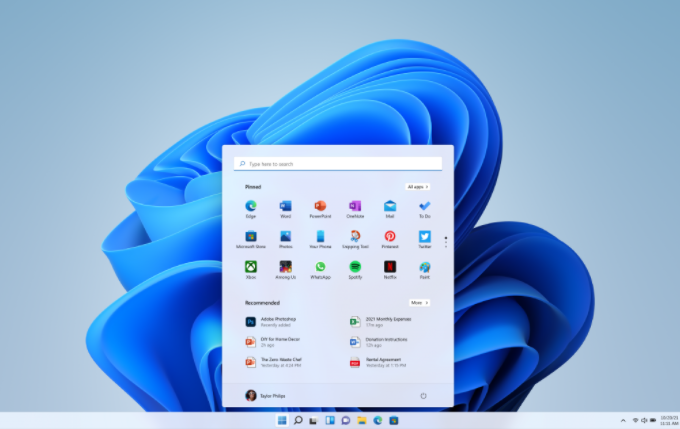 The Windows operating system may support Android applications running Windows 11 in the new system update, where applications that run on computers first can be downloaded if they support Intel and AMD processors.

The Windows 11 update also starts on the Amazon App Store, so users do not need to download the APK files every time. 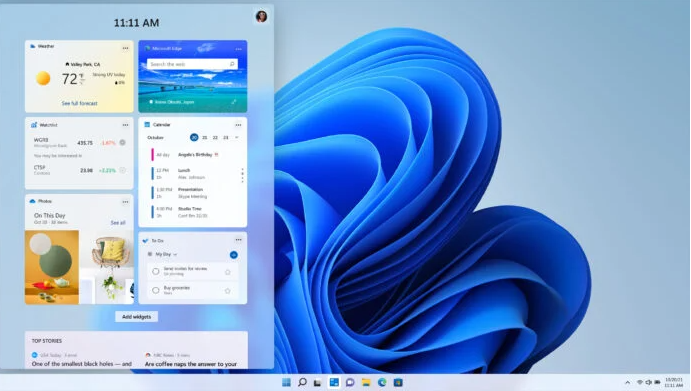 The Windows 11 update starts with a number of widgets that reflect the MacOS tools, which help support customization according to the user’s stock, weather and user-preferred experience.

Auto HDR technology enhances the dynamic update rate for games that improve the quality of content in games and support the update rate update.

Microsoft is introducing the File Explorer application in Windows 11, as the application is now based on new icons, the curated menu, and application design functions and smooth experience.

Microsoft, during its official announcement, plans to launch the updates with a quick experience, and comes with the Windows 11 rear screen update feature, and the updates come in 40% smaller quantities.