Sabreen is deceived into taking part in an action scene with Jean-Claude van Tom, in which he helps her confront the people on the lake and reach out to those responsible for killing her husband. Sabreen began to scream in frustration. The scene must stop.

We recommend you – a bug and quote from the first episode of the series “Al-Matah .. The Legend of the Fence” 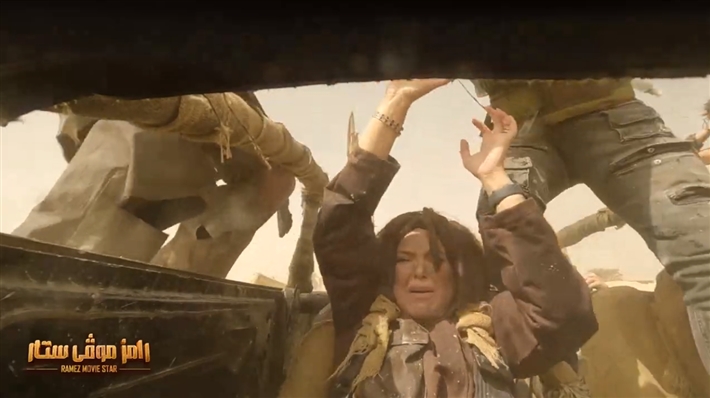 “Ramez Movie Star” was filmed in Riyadh for the second year in a row under the auspices of the Public Entertainment Authority of Saudi Arabia.

The first ad for the show “Ramez Movie Star”, which appeared on the official page of the MBC Egypt Channel Network on Facebook, crossed 6 million viewers within 24 hours of its show.

Views of the show’s commercials were recorded several hours after its presentation, and the number of viewers exceeded nearly half a million additional followers each hour.

This ad attracted the audience and followers of Rames Jalal in Egypt and the Arab world as there were simultaneous horror and comedy scenes with the amazing adventures faced by the stars who fell into the web of Rameses.

In the new season, the show “Ramez Movie Star” shows many unexpected surprises, situations and contradictions and the participation of many stars who appear with Ramez. The ad revealed part of this surprise as numerous art, sports and media stars, including Amr Youssef, Dora, Hana al-Zahid, Ahmed Bati, Qada Adele, Ayesha bin Ahmed, Mayan L-, fell into the web of Ramadan this year. Sayed, Big Ramy, Mohamed Mahmoud, Suleiman Eid, Hanan Mutawa, and many more stars, and Rames Jalal to enhance the action atmosphere on the show this year he used the Belgian star Jean-Claude Van Damme.

The origin of the Jewish “septal candle” in the first chapters of “Al-Mata” … What are its implications, and what is its relationship with Israel?

Do not miss: “The end of the world is not tomorrow”, 38 years before the Egyptian version of the movie Dont Look Up