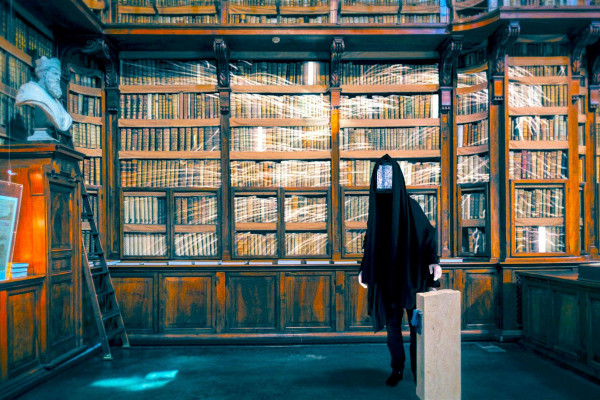 Sharjah, October 21 / WAM / 40th edition of the Sharjah International Book Fair brings visitors to the worlds of entertainment, fun and learning with adults and children alike, opening new windows to art and theater from around the world. Given more than 11 days in the period from 3 to 13 November, 5 plays and 8 concerts under the slogan “Here you have a book”.

Sharjah, October 21 / WAM / Sharjah International Book Fair
Its 40th edition has fans ranging from adults and children to enchanting entertainment worlds
Entertainment and learning open new windows to art and theater
In different countries of the world, it is offered for 3 to 11 days
5 plays and 8 performances on November 13 under the slogan “Here is a book for you”
Mobile music

A group of artists perform at the exhibition
Experts in the fields of performance, performing arts, acting, playing and effects
Voice and storytellers, the audience will be on a date with the play “Rabbits”
It was full of interesting events and exciting clashes between a group of dreamers
And another group of enemies of victory wants to prevent the march of dreams.

Visitors enjoy suspenseful moments on the “Sharjah International Book Theater” stage
And adventures in a show starring and represented by Badr Al-Shuaibi and Fahad Al-Bannai
Hanadi al-Kandari, Fahad al-Saleh and Ahmed bin Hussein, and it will be presented at three evening performances.
On November 11th, 12th and 13th.

Audiences of Indian culture have a role in theatrical performances in this edition
On November 5, a theatrical show titled “Caliph in New Delhi” was a comedy.
It has been on display in India for a long time and is very popular. It tells the story of a comeback
The poet Mirza Khalif lived in India in the twenty-first century
It puts the audience in front of the contradictions and situations that combine humor and reflection of impact
Time changes in human life.

On the evening of the first day of the exhibition a theatrical work entitled “Symphony of Books” is presented.
Live ”takes the audience into a live experience of a world dominated by the voices of readers
The play takes the form of a sound-visual symphony and is presented in three performances
November 3 to 5, respectively.

From November 6 to 8, the exhibition will feature a play entitled “Interactive Imagination”.
It promotes imagination, illusion, reality and technology from an art structure
Books, pictures and cartoons in relation to the theatrical performance provided by the Agency
International talent targets children under the title “Crazy Science School”
It deals with bright and fun experiments that don’t believe much in serious science comedy
What is the madness of science and its wonderful contradictions.

Away from the stage, this year’s exhibition hosts 8 tours
There are various surprises for the audience and the exhibition is held on the sidewalk with music and dance
.