The series revolves around Kamala Khan, a 16-year-old Pakistani student who does not think she belongs in her world, loves art and superheroes, but her life changes when she acquires supernatural powers, which makes her one of the heroes she loves. Her life.

Kamala wears a hijab and prays at the mosque, with her best friend “Nakia”, the hijab imitated by actress Jasmine Fletcher appearing in every scene. 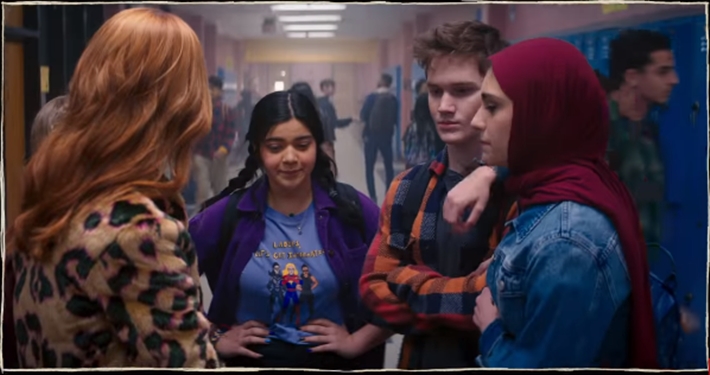 Kamala is teaming up with Bree Larson and Diona Paris in the second installment of Captain Marvel known as The Marvels.

Rachel Ziegler: My dress is torn, Lady Gaga saves me with a harp

Demonstrations took place in France in a no-brainer manner, and the director responded: “I am at your service”