They starred in “Bad Boys for Life” (Stephen Cardinal / Getty).

A new series from the world of “Marvel” has been invited to watch series and movies on the Disney Plus platform. “Miss Marvel”It also includes the first Muslim superhero in Hollywood history, followed by two Moroccans who have won in the entertainment world.

“Miss Marvel” is a Muslim teenage girl, Kamala, a fan of superheroes, before she became a superhero.

Created by Pisha Kay. Starring Ali, Iman Filani, Matt Linds, Rich Shaw, Aramis Knight and Crystal Lee, and directed by a board of directors including Adel Al-Arabi and Bilal Falah.

This series is the sixth in the Marvel universe “Moon Night”Wanda Vision, Loki, Hockey and what?

Al-Arabi and Falah … the creators of success

Marvel management has selected Bad Boys for Life’s Moroccan duo Adele Elarpi and Bilal Falah to be behind the new series.

Will Smith and Martin Lawrence’s movie Al-Arabi and Fala succeed in reviving the $ 425.6 million “Bad Boys” experience worldwide, and in the midst of a corona virus outbreak in 2020.

When two Moroccans tried to persuade the “Marvel” director

Two Maghreb-Belgian filmmakers (known as Adele and Bilal) immediately found that “Miss Marvel” should be full of celebration of color, life and different cultures.

Bilal said in a statement on the website “Inside”: “When we learned about the project, we realized that we could bring our Moroccan flavor in a unique way, that we could give it an ethnic and cultural dimension.”

The protagonist lives intertwined cultures like the lives of Adele and Pilal, and the latter says: “When we were in Belgium we never felt like we were Belgians, when we were in Morocco we never really felt like Morocco.”

How the two combined a presentation with their inspiration and went to Marvel’s offices to present their vision to studio chief Kevin Faiz and his crew.

“American high school in the ’80s and’ 90s was a great inspiration to us, very colorful and very young,” Bilal continued.

The two admitted they did not know if they persuaded the president to leave the meeting, but eventually did not film two episodes of the six-episode series, but received a call that they would be executive producers. As well as. 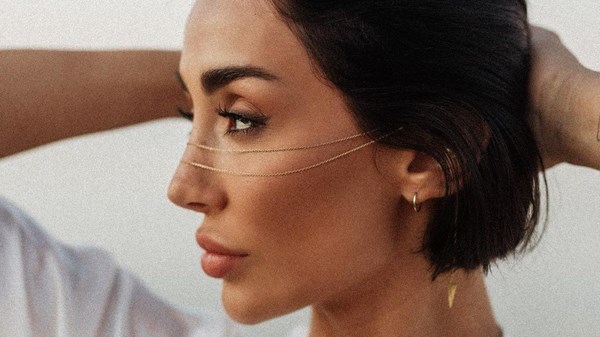