A new study has found that eating a protein-rich diet throughout the day and fasting regularly one or two days a week can help you lose more weight and burn more belly fat at a higher rate than reducing calories. “Insider” website. American.

The results of a study presented at the annual conference of the Society of Obesity, in which physicians, nutritionists and periatricians participate, confirm that a protein-regulated diet can lead to greater fat loss in conjunction with uninterrupted fasting. About calorie control.

Researchers at Skidmore College in New York studied 40 adults who were overweight during an 8-week weight loss.

Half of the participants were assigned a diet where they ate a protein-rich diet (at least 25 to 35 g) four times throughout the day.

In addition to the recipes and instructions provided by the researchers to study participants to focus on high-quality protein sources such as chicken, fish, eggs, Greek yogurt, chickpeas, quinoa and tofu, this diet also includes protein.

Other participants followed a healthy diet based on the concept of caloric control, consuming an average of 1,200-1,500 calories a day, which included 20-30 grams of fiber, and restricting fat intake to less than 35% of daily calories. Members of this group do not receive nutritional supplements.

Although all groups lost weight, the study found that protein diet and intermittent fasting led to significantly higher and faster weight loss, although the dietary guidelines and dietary guidelines of both groups reduced approximately the same amount of calories. Participants in the protein and intermediate fasting group lost more fat, on average 6% more total body fat, than those who focused solely on reducing calories, the researchers found.

The researchers noted that intermittent fasting helped the protein group to lose 27 percent of their belly fat at the end of the study, which is twice as many as the calorie-dense group.

The results of the study demonstrate the metabolic benefits of intermittent fasting in combination with a diet that includes protein intake four times a day, said Professor Paul Archiro, a professor of health at Skidmore College.

Focusing on calorie quality or food content gives the best results through uninterrupted fasting, he said.

The secret of a successful fast

Some previous studies have found that intermittent fasting can lead to weight loss by helping to reduce calories, but researchers have found other evidence that fasting does not lead to more weight loss than similar diets after the average calorie intake, while other high-carbohydrates such as carbohydrates and fats are high in macronutrients. As a part of protein diet, it helps in weight loss.

The researchers also found that protein intake time and intermittent fasting also led to a significant increase in the lean mass ratio of participants. Lean mass includes muscle tissue, which is important for maintaining a healthy metabolism and physical strength, and with a lean appearance.

Professor Arcero said: “Diet is not discriminatory. When you lose weight, you can’t choose the source, whether it’s fat or muscle.”

But previous research has suggested that protein can help you lose fat in your diet without losing muscle, which can lead to more general benefits than just focusing on weight loss.

Avoid the disadvantages of intermittent fasting 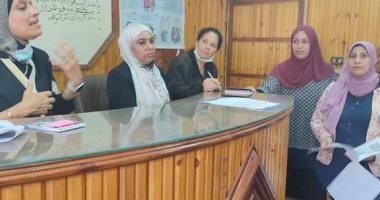