Therefore, it is important to pay close attention to the specifications of the Xiaomi Redmi Note 10 and compare it with the Pro version.

Perhaps the most interesting thing is that the Redmi Note 10 is resistant to droplets and dust as it is not allowed to enter the device. The redmi note 10 comes with a 6.43-inch screen, a popular and unique Super AMOLED variant with a resolution of approximately 1080 * 2400 pixels. In addition to the protective layer of Gorning Gorilla Glass 3.

As for the Redmi Note 10 processor, it has the octa-core processor of the Snapdragon 678 type, 11 Nm of production accuracy, the Adreno 612 type of graphics processor and the speed of its image and color. Processing is 800 MHz.

As for the large capacity battery of 5000 mAh, it supports fast charging with a capacity of 33 watts, but what is wrong with it is that it cannot be removed in case of any failure.

When it comes to memory, the Xiaomi Redmi Note 10 comes in two versions with 6/4 GB of random LPDDR4X memory, with a massive internal memory of 128/64 GB UFS 2.2, which can accommodate many different types of files. For those who do not have this memory, the Redmi Note 10 supports a separate port for up to one terabyte of external memory.

Like most devices, the Xiaomi Note 10 comes with two SIM cards, and the device supports second-, third- and fourth-generation networks, as well as stereo speakers with dual speakers and a 3.5mm headphone jack. Slot.

The Redmi note 10 supports fingerprinting, integrated with the power button, and also supports a set of sensors such as accelerometer, proximity, compass, gyroscope and barometer.

After mentioning everything about Xiaomi redmi note 10, it is time to explain everything big and small about it:

The screen came from a 6.43-inch Super AMOLED screen, with a resolution of 1080 * 2400 pixels, 409 pixels per inch, which, as we mentioned above, enhances the colors and image resolution, but what was expected? The company had earlier announced that the Redmi Note 10 will come with an AMOLED type screen with an update rate of 60 Hz.

The amazing screen of this amazing device has an acquisition ratio of about 83.5% and it comes with 160.46mm length, 74.5mm width and 8.3mm thickness, dimensions 20: 9 and screen brightness. It is approximately 1100 lumens and it offers 16 million different colors. The Redmi Note 10 Pro was released with a larger 6.67-inch screen and FHD + resolution.

See also  Is Apple creating a search engine to compete with Google?

The phone has a high performance battery equivalent to 5000 mAh, which allows it to last for more than a full day with various applications and network connectivity.

The Redmi Note 10 battery supports 33W fast charging, which can be charged in just 74 minutes.

The Redmi Note 10 phone works with Android 11, which is the same system as the Redmi Note 10 Pro, different from the Android 10 system, which provides easy access to incoming messages from different apps, and also supports screen recording. User can record video.

Pros and cons of user interface 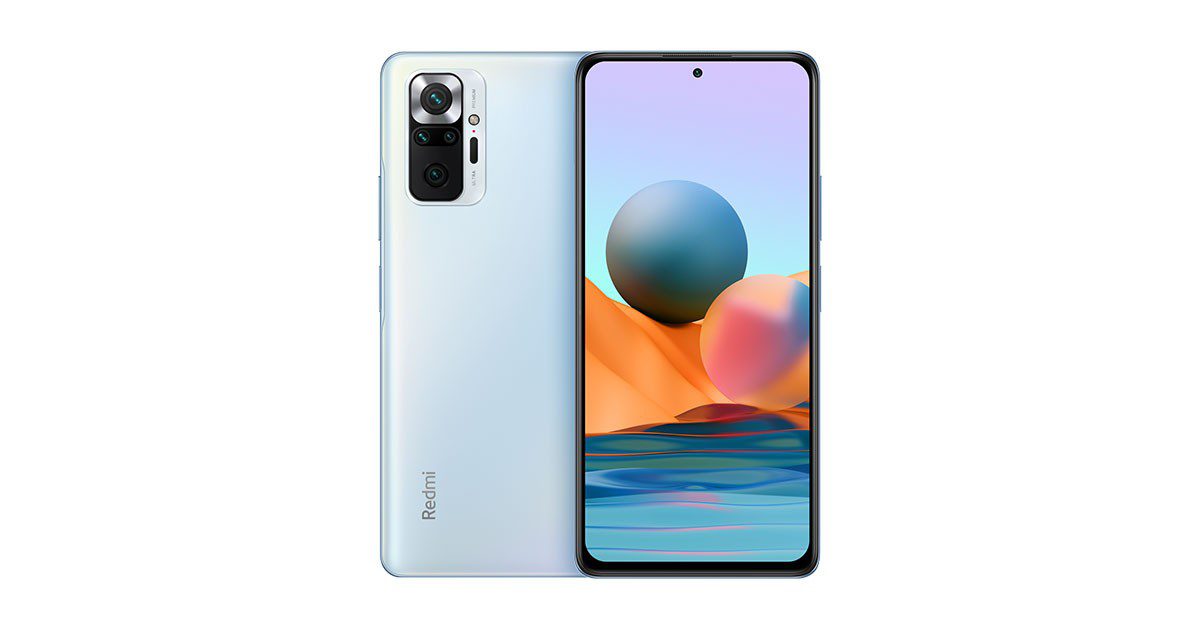 This system works with the MUI 12 type operating interface, where this interface is characterized by professional camera use, i.e. the ability to use for a long time with high quality images, and the phone supports the MUI 12.5 version. , But the only downside that appears in it is that it has a lot of unnecessary and useless applications.

The resolution of the cameras in the Redmi Note 10 Pro is 108,8,5,2 respectively and the front 16 megapixels screen is aperture shaped.

These cameras are characterized by the ability to shoot 4K video at 30 fps, 1080p 60 / 30fps and 720p 120/240 / 960fps. The front camera supports HDR photography, but above all, the performance of the cameras is still modest, but acceptable for its average price.

Prices start at $ 200 and reach $ 253, and vary from place to place, from one copy to another, and when sold, the phone comes in three different colors: black, white and green.

Despite great competition among hardware companies, especially in the middle segment, the Redmi Note 10 was able to sit on the throne of these devices, which became the choice of many users.