It is one of 11 slow-growing herbs and perennials with fleshy roots, usually growing and spreading in cooler climates.

It is one of the natural herbs characterized by its healing properties as it is used in the formulation of many medicinal drugs and cosmetics. Since ancient times, traditional Chinese medicine has used ginseng as a sedative, to relieve anxiety and tension, and to treat insomnia. Its main advantages are:

Ginseng is an herb that improves thinking, increases concentration, memory, is a powerful tonic, relieves stress and chronic fatigue, and is recommended by athletes to increase their endurance. and physical performance.

Not only that, the benefits and uses of ginseng have been shown by experiences and studies as follows, published by (Centre for Therapeutic Research) after many reviews on the proven benefits of ginseng:

Eating ginseng contributes to improving mental processes from calculation, thinking and reactions, evidence and some studies show that a combination of ginkgo leaves and ginseng has an effect on improving memory in people aged 38-66 years.

Taking ginseng contributes to the improvement and improvement of lung function and reduces the symptoms of certain lung diseases, especially chronic obstructive pulmonary disease (COPD), asthma, and reduces the risk of influenza, because taking ginseng with antibiotics contributes to its exacerbation. Effective in killing microbes and pathogens. .

Some studies have shown evidence that eating ginseng has contributed to lowering blood pressure levels.

Some studies have shown that the ginseng plant contains ginsenosides, which are characterized by their anti-inflammatory properties, which increase the capacity and effectiveness of the antioxidants we get from foods in the treatment and prevention of arthritis. Another study conducted on 18 young adults who took 2 grams of red ginseng three times a day for a week, after looking at the results of testing the levels of inflammatory markers after warm-up exercises, confirmed that these levels were lower than the second group. Did not take ginseng.

It also found that red ginseng is characterized by its ability to reduce the severity of infections in people suffering from skin diseases such as eczema.

A study reported that components such as ginsenoside compounds in ginseng can protect the brain from damage caused by free radicals.

After conducting a mental health test on 30 people who took 200 to 400 milligrams of ginseng, researchers found that they were more effective at collecting points and had greater concentration and focus.

The researchers pointed out that the ginseng plant improves the body’s absorption of blood sugar by cells, which contributes to improved performance and reduced stress.

Some research suggests that ginseng may be an effective alternative for treating erectile dysfunction in men because it contains compounds that protect blood vessels and penile tissue from oxidative stress and help restore normal function.

See also  American scientists: The dead hear you a few hours after you die

Ginseng stimulates the body to produce nitric oxide, which relaxes the muscles of the penis and stimulates blood flow in the body.

One study found that men treated with red ginseng had a 60% improvement in ED symptoms, and another study showed that 86 men recovered from erectile dysfunction after taking 1,000 milligrams of ginseng extract for 8 weeks.

Ginseng strengthens the immune system, which reduces the chances of developing diseases, and this has been confirmed by some studies where they found that this herb improves the immune system of cancer patients undergoing surgery or chemotherapy. 39 people were cured after removal of gastric tumor.

Another study indicated that those who took ginseng had a 35% higher chance of living a disease-free life five years after curative surgery and a 38% higher survival rate compared to those who did not take it.

Some research indicates that ginseng may help alleviate some of the symptoms of menopause and improve quality of life by reducing fatigue, depression, hot flashes, and sleep disturbances.

Benefits for the skin:

Some studies have shown that the herb ginseng is very important for skin health, as it contributes to the treatment of acne and skin pigmentation, and is characterized by its ability to regenerate damaged skin cells. 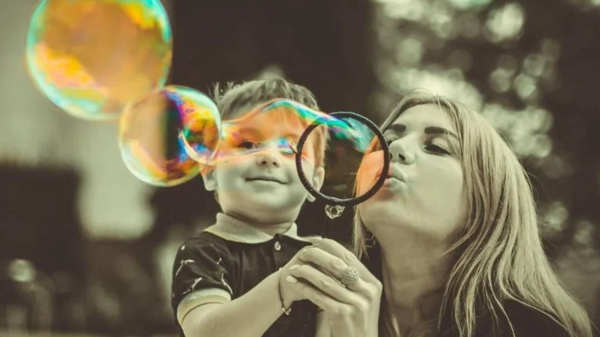 What does the FBI want from Trump? Here’s what we know so far