The “MBC Egypt” channel announced the name of the guest for today’s episode on the “Rames Movie Star” show on its screen.

Actress Mayan El-Sayed will be the guest on today’s episode, where she will reveal many adventures and surprises.

It is noteworthy that “Ramez Movie Star” was filmed in Riyadh for the second year in a row under the auspices of the Public Entertainment Authority of Saudi Arabia. 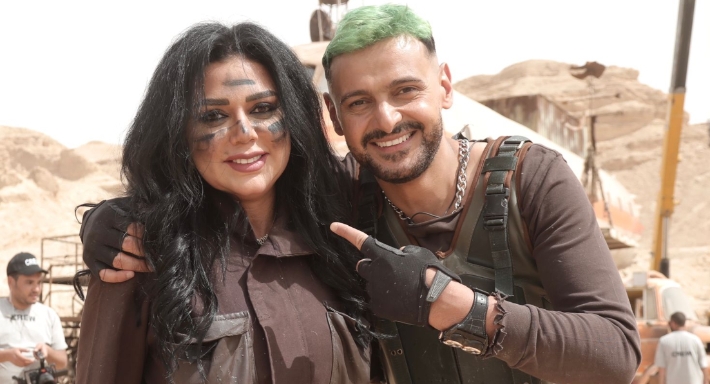 The idea of ​​this year’s “Ramez Movie Star” show revolves around forcing a guest or guest to participate in an action movie, and with them Van Tomme plays the hero who faces the onslaught of the lake residents.

Guests are chased by bicycles by residents of the lake and are chased by numerous explosions and difficult situations while escaping by cart. Rames Jalal, who secretly transforms a snake into an air dam, frightens them, and eventually the car comes to a halt on the edge of a metal bridge over a lake, which contains a terrifying crocodile.

In the new season, the show “Ramez Movie Star” shows many unexpected surprises, situations and contradictions and the participation of many stars who appear with Ramez. This year the trap of Ramadan has fallen, with numerous art, sports and media stars including Amr Youssef, Dora, Hana Zahid, Ahmed Bati, Kata Adele, Ayesha bin Ahmed, Mayan El-Saeed, Big Rami, Mohammed Mahmoud, Suleiman Eid. Hanan Mudawa et al. Other stars, and to enhance the action atmosphere on the show, Ramez Jalal, this year, he used the Belgian star Jean-Claude van Tom.

Yasmin Sabri: Praying with a hateful heart is not allowed