Saudi model Amira Al-Zuhair is the talk of the town as she hits the runways of some of the top fashion designers at Couture Week. 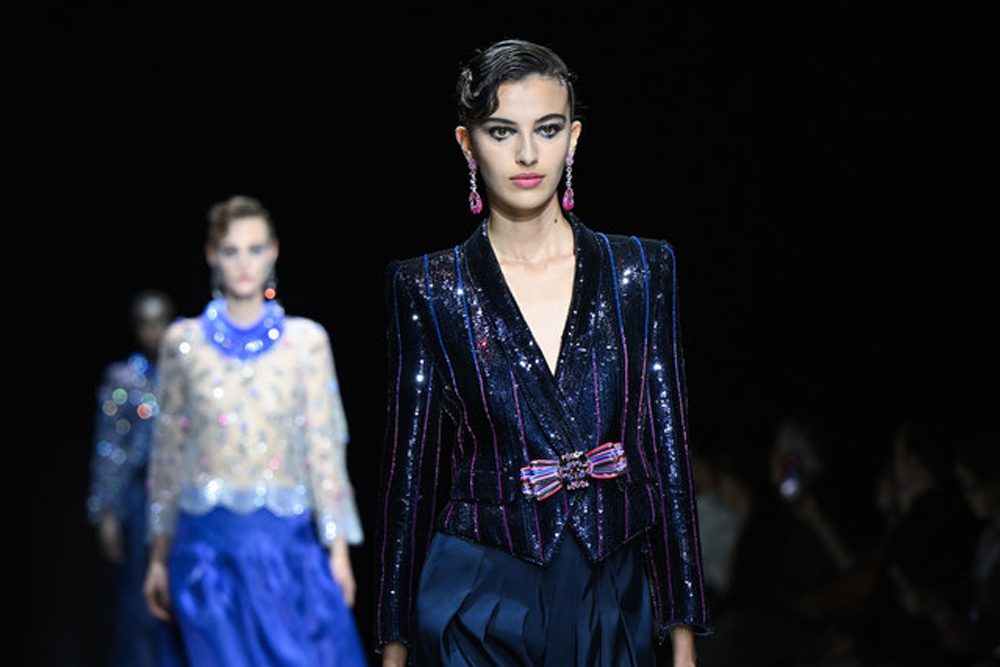 Before the Giambattista Valli show, Princess Alzuhair wore an eye-catching beige dress with plenty of volume for the same extra drama.

At Armani, the young Saudi supermodel shared behind-the-scenes photos with her social media followers, writing, “Thank you for this magical moment,” as she walked in a sequin-embellished jacket complete with a colorful bow at the waist and patterned flared pants. Designer George Hough tagged along with Armani.

Al-Zohair, who commutes between Paris and London, has donned several haute couture campaigns for famous designer houses such as Burberry and Tiffany & Co – and she’s not the only young model making waves at Paris Fashion Week.

During Paris Couture Week, Palestinian-Dutch-American model Bella Hadid walked the star-studded Balenciaga show alongside the likes of Kim Kardashian, Naomi Campbell, Nicole Kidman and Dua Lipa. She looked stunning in a structured short green dress that looked like a floor-length dress in the front and a short dress in the back. Kardashian was seen in a fitted black figure, with gloves, a floor-length dress and now a sleek bun and bleached blonde hair.

See also  Sherin breaks her silence: I love the new Hobby, I shaved my hair until he saw that I was not beautiful and divorced me! (Video)