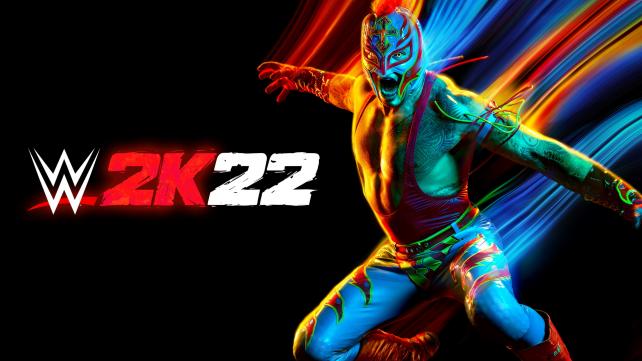 Today, 2K Corporation announced the full set of WWE 2K22 features, the events of the WWE video game editions, created by Visual Concepts Studio on the cover of Ray Mysterio to celebrate his 20th year in the WWE. The game is officially scheduled for a worldwide release on March 11th and is now available for pre-order.

Ray Mysterio said he was proud to represent Mexican wrestling culture on the WWE 2K22 cover.

Alfie Brady, Vice President of Global Marketing Strategy at 2K, said: “Ray Mysterio has proven his determination over and over again throughout his career, thereby reaffirming his legacy as a living legend. 2K22 is back with many of the improvements and features that players have requested to deliver. “

The WWE 2K22 returns with a redesigned Gamble engine, new control features and advanced scenes that offer unprecedented game-in-realism, as well as different shooting angles that make players realize every punch, kick or kick. Popular game modes include Rey Mysterio’s 2K showcase mode, as well as new features and updates that allow players to retrieve unforgettable moments from Ray Mysterio’s most popular fights. In MyRISE mode, players can create their own star, while in Universe mode and Creation mode, WWE 2K22 gives players the ability to customize the WWE experience by modifying small details such as controlling brands, monthly ads, match and fight results. Stars, stage design and titles.

In addition, WWE 2K22 will introduce two new modes, MyGM and MyFACTION. At MyGM, players can take on the role of WWE Manager and transform WWE Superstars and Legends between different shows, creating top-level matches and creating competition for championships to create one of the biggest brands in the WWE Universe. At MyFACTION, players can create and manage their own teams with weekly events and regular updates.

For more information about the game or to pre-order please visit WWE 2K22 Official Website.

See also  Series, "Raj in Ya Hawa", Episode 1. "The Prophet had intercourse with many women"