Using a miniature ventricle model, not only cell function but also tissue function and organ function can be studied without the need for certain surgical procedures or animal experiments.

Although research into the treatment of cardiovascular disease has come a long way in recent decades, heart problems kill nearly 18 million people worldwide each year.

But New research Published on July 7 in the journal “Advanced Biology”, it confirmed that there is a glimmer of hope, as Canadian researchers from the universities of “Toronto” and “Montreal” were able to do. (Montreal) created a miniature model of a human left heart ventricle that contains living heart cells and beats hard enough to pump fluid.

The model is expected to open new avenues for the development of new drugs and therapies, and to help study the development of cardiovascular disease, providing researchers with an ethically appropriate and more accurate alternative to currently used methods.

According to a report published on the “Science Alert” website (Scientific alert); There are usually few options for studying the way a healthy or diseased heart pumps blood.

Fully nonfunctional organs, such as those removed post-mortem, provide cells, and although tissue cultures provide a window into the biochemical functions of these cells, they do not capture the hydraulics of the full 3D, living pulsating mass. .

It’s easy to grow human cells in two dimensions — for example, in a flat Petri dish — and the results don’t look like actual tissues or organs that appear in humans.

That’s why researchers designed a millimeter vessel that beats like real heart cells, but also pumps fluids like a muscle chamber that contracts with great force in a human fetal heart by reverse engineering it.

See also  What happens to your body when you eat spicy food?

The study involved three researchers from the Canadian Center for Research and Applications of Fluid Technologies (CRAFT), home to world-leading experts who design, build and test miniature devices to control the flow of fluids at the micron scale. An area called microfluidics.

The team was led by University of Toronto professor Milica Radicek in a unique partnership with Canada’s National Research Council.Press release To the University of Toronto, “The unique facilities at the center enable us to develop such sophisticated organ-on-a-chip models.”

A realistic 3D model of the ventricle

In the human heart, the left ventricle pumps newly oxygenated blood into the aorta and from there to the rest of the body. In this study, cells were obtained from the cardiac tissue of young mice and then cultured on a polymer-printed scaffold layer with well-positioned grooves to guide tissue growth.

This new heart-like organ was grown in a lab using a combination of synthetic and biological materials. This flat network forced the structure to mimic the cardiac muscle fibers of the human left ventricle, the massive final chamber that ejects blood into the aorta with a powerful push.

To make these three-layered heart cells resemble a beating chamber like a simple ventricle, the team used tiny scaffolds made of biocompatible polymers. Scaffolds often decorated with grooves or mesh-like structures are implanted with cardiac muscle cells and allowed to grow in a liquid medium.

Over time, cells grow together to form tissues. The basic shape or form of the scaffold encourages growing cells to align or extend in a particular direction. Continuous electrical stimulation can be used to control the heart rate. “Until now, there have been only a few attempts to create a true 3D model of the ventricle,” says Radicek.

“All of these organs are made up of one layer of cells,” explains Radicek, “but the real heart has multiple layers, and the cells in each layer are oriented at different angles. And when the heart beats, it’s not just these layers. It contracts, they twist, and that’s how it squeezes out water.” It’s like rolling up a towel. It helps the heart pump more blood than otherwise.”

This vessel, with an internal diameter of half a millimeter, cannot expel fluid at a pressure of 5% of an adult’s heart. However, this model is an excellent proof of concept and can be collected in time to add more tissue layers to represent a more robust system. Over time the scaffold can be removed and a combination of human-derived tissue incorporated, leading to a truly implantable, fully functional organ.

“Using these models (the new ventricular models), we can study not only cell function, but also tissue function and organ function, without the need for certain surgeries or animal experiments,” says Radicek. “These models can be used to screen candidate drug molecules for positive or negative effects,” he says.

The new model could give researchers a new way to study a wide range of heart diseases and conditions, as well as test potential treatments, and allow researchers to test how the living heart acts as a pump under the influence of newly developed treatments.

First in high school, I teach science and excel: “My dream is to enter medicine and study in Germany.” 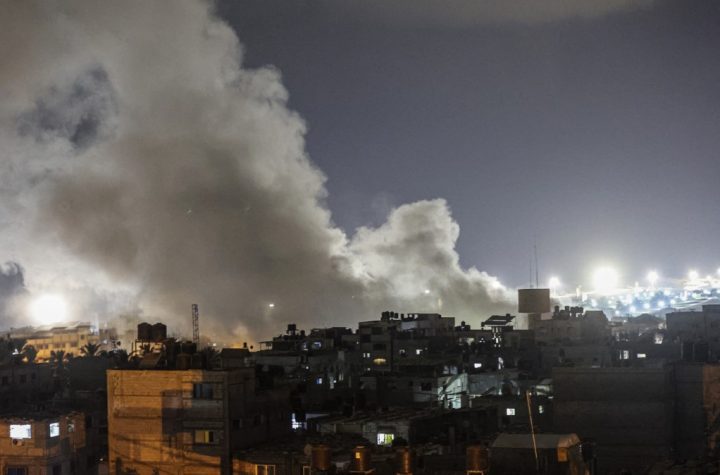 The Gaza Health Ministry has announced that the number of Palestinians, including 6 children, has risen to 24.