Two days before the start of the next summit of the coalition in the Spanish capital, thousands of people protested in Madrid on Sunday, demanding the dissolution of the Peace and North Atlantic Treaty Organization (NATO).

Leftists, anti-capitalist and anti-globalization activists, environmentalists, women’s rights advocates, communists and movements such as “Fridays for the Future” and the “Expansion Revolution” took part in the march. Coalition meeting on June 28 in light of the heavy police presence in Madrid.

Protesters chanted “No to war, no to NATO”, while helicopters flew over the march carrying banners reading “Build peace, not war” and “Stop military spending, donate to schools and hospitals.”

David Lorende, 45, who works for a union, said he had come to protest against NATO, which was created during the war to serve US imperialism, and that it was not yet contributing to maintaining peace.

Lorende found that while Spain’s foreign policy was increasing military spending rather than social and health care, it was also promoting coalition war and arms trade. The seventieth opponent saw the meeting as nothing more than a summit of “money, weapons and death.”

According to officials in Madrid, 2,200 people attended the protest, while organizers did not estimate the number of participants.

As Madrid hosts the “NATO” summit, it is subject to strict security measures, which have 10,000 members, including US President Joe Biden, his French envoy Emmanuel Macron, British Prime Minister Boris Johnson and German Chancellor Olaf Scholes. Of the security forces. 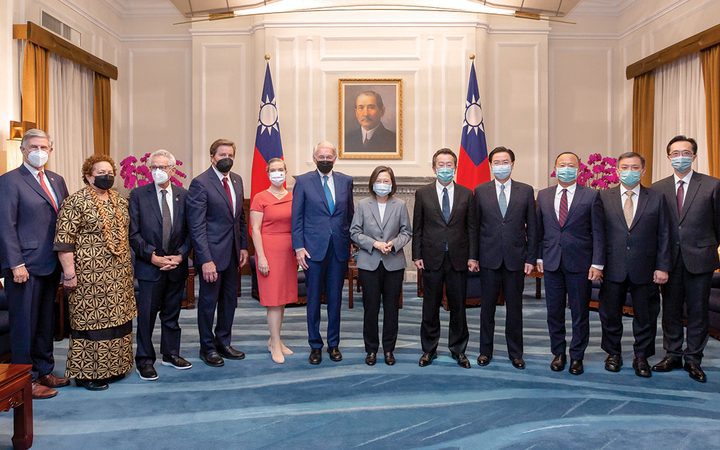